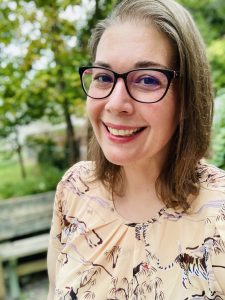 Nina Wilson-Keenan joined the Fellowships Office in December 2022. She has worked at the University of Missouri since 2010, previously in the Student Financial Aid Office in three different roles, including Senior Assistant Director of Advising. Nina pursued degrees in English and Political Science at Texas Tech University and earned a BA in English from Columbia College while working in non-commercial radio, publicity, and promotions. She earned her MEd in Higher Education and EdD in Educational Leadership and Policy Analysis from the University of Missouri. Nina was born in Canada and grew up in West Texas. She loves cats and fitness and is a 2019 Mayor’s Council on Physical Fitness and Health Award recipient.